Globalists vs. Protectionists: The history of the world is at a tipping point 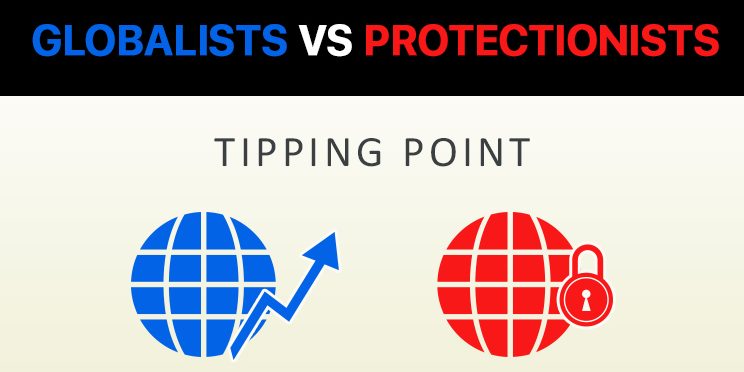 Technology has brought us closer together than ever before as people across continents and oceans are using collaborative platforms to better work together, share expertise and solve the world’s problems. Social media spreads ideas. Microloan services share capital. And online marketplaces spread goods to previously unreachable markets.

But there’s a backlash. Protectionist forces around the world are using these same tools to promote isolationist policies that seek to stop the free flow of people, goods, and ideas across borders. Social media breeds hate. Entrenched financial markets breed inequality. And ugly politics breeds xenophobia as we’ve seen recently in the U.S., U.K., and France where a large percentage of citizens want to constrain different ethnicities, religions and social classes in the name of security.

I’m an optimist, but I have to admit that I can envision worlds where either side wins out. It’s really going to come down to public relations. Progressive ideas need to drown out repressive tirades, using technology to bridge the gap between nations, ethnicities, and religions so everyone can work together to bring harmony to the world.

Individual countries or blocks of nations need to step up and provide leadership around the benefits of globalization. Developed nations need to provide capital to developing countries for infrastructure investing in large-scale transportation, clean energy, communications, education and healthcare projects.

China, for example, is on an investing spree, pouring money into Africa to build roads, rail, hospitals, and schools around the continent through its new Silk Road “One Belt, One Road” initiative. The idea is to build new markets for Chinese goods, ensuring continued economic growth once existing markets in the West plateau. This line of thinking isn’t new. Post World War Europe and Japan were rebuilt through the Marshall Plan, creating strong trading partners for the U.S. while opening up new markets for goods and services.

But while China steps up, other Western nations are taking a step back by paring back the money they send to developing countries. Current (American) administration, for example, is gutting the State Department, the primary funnel for American aid packages, and many European countries are undergoing austerity measures that cut into capital sent overseas. These governments need to reverse these trends and return to policies that invest in developing economies.

Individuals need to step up where Western countries are taking a step back. Technology has brought the world closer together, and new collaborative platforms need to continue to be developed to further progressive ideals. Mobile apps have the power to put the entire world in the hands of any individual whether that person is a marketing executive in Connecticut or a fisherman in Dar es Salaam.

Technology allows citizens of Western countries to spread their expertise to people around the world through freelancing and work-from-home opportunities. It allows small investors invest as little as $20 in emerging markets. And it opens up new markets beyond their own backyard.

At the same time, progressives can’t be silent on social media. We need to win the information wars by spreading the truth about the benefits of diversity and multiculturalism and disprove the hateful rhetoric of isolationists. Western governments aren’t going to reverse their isolationist thinking without citizen pressure and it’s up to us to talk openly about how everyone benefits from globalization.

It’s no secret to anyone who reads my blog on a regular basis that I’m a humanist. I truly believe that the purpose of business is not to make outrageous profits but to create value for humankind. The battle between globalization and isolationism is perhaps the most important conflict of our times. We can either act as a single community for the betterment of the species or we can descend back into the constant conflict where short-term, destructive thinking gets the better of us. We just need leadership.