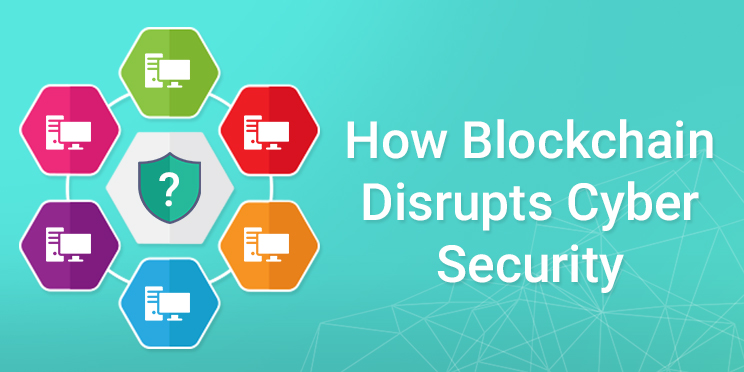 Most people have heard about the Bitcoin. While it is exciting and interesting to talk about the Bitcoin, we are leaving that aside to concentrate on the technology that makes it work – blockchain. Blockchain technology not only underlies Bitcoin and other Cryptocurrencies, but its applications also extend far beyond the digital currencies. From food production, education, social media to cybersecurity, blockchain technology is revolutionizing almost every industry.

What Exactly is Blockchain Technology?

The blockchain is a distributed ledger comprising of continuously updated records that are secured using cryptography. It enables direct digital transfers in a peer-to-peer fashion thereby eliminating the need for intermediary parties. You can think of it as a type of database that securely maintains a constantly expanding list of records (blocks) in distributed networks across the world. Each block is connected to a preceding block which makes it practically impossible to alter or remove. Blockchains can be public or private. Public blockchains are available publicly to everyone who participates in the network while private ones are based on permissions and are founded by groups or individual persons.

As such, blockchain provides a transparent, safe, verifiable way to record and transfer transactional data. Blockchain already makes it possible to send digital currency from a person the other without the need for third-party financial institutions. It is also being applied in many industries including cybersecurity.

Before looking at some of the ways in which blockchain disrupts cybersecurity, it is important to mention how the growth of the Internet has fueled cybercrime. The Internet is largely expanding and has now made it possible to access more and more technologies including innovative ways to provide services to consumers and generate income across the globe. However, the innovations come with a cost and have also led to increased insecurity in the form of cyber-attacks. Hackers are increasingly exploiting newer technologies through the Internet, and there’s a growing concern about the rise of cybercrimes.

According to Gartner, the increase in cybercrime has seen information security spend over $86 billion in 2017 alone. Ransomware attacks in healthcare organizations have also been predicted to quadruple and that many businesses are likely to fall victim to ransomware attacks by 2020. Additionally, the cybersecurity community predicts that global cybercrime damages will double from $3 trillion in 2015 to $6 trillion every year by 2021.

The good news, however, is that blockchain technology promises to provide the much-needed solutions to secure the Internet and curb cybercrime.

Blockchain has disrupted banking and payments and will continue to do so in the next 5-10 years. There is a good chance that digital currencies will do to the banks what the Internet did to the media. Now the unbanked can access financial services without the need for traditional financial institutions. Some financial institutions have invested in the blockchain innovation, and predictions are showing that such investments will increase exponentially

The blockchain is also set on disrupting Cybersecurity. In the past, it has been easier for cybercriminals to commit data and money theft through anonymous transactions across the globe resulting in devastating effects like in the case of WannaCry ransomware. Imagine the Internet platform without cyber-attacks! That could soon be possible through blockchain technology.  Cybersecurity experts are therefore increasingly starting to explore how the technology can address cybersecurity problems globally.

Here are 3 ways how blockchain is changing cybersecurity:

Currently, people use email and phone numbers to secure online transactions. The danger in this that we can’t really trust the security of the sites where we submit our personal data. The many security breaches reported all over the world clearly shows that conventional systems are still very vulnerable to attacks as even encrypted SSL sites can be decrypted by hackers.

However, emerging blockchain technology will change the way traditional systems secure data by creating distributed networks to store and maintain data. Data will be secured and verified using advanced cryptography making it resistant to unauthorized changes and hacks. Internet users will be able to store information much more securely in hundreds of thousands of computer servers around the world and also have much more transparency if data fraud occurs.

Such an approach will enhance cybersecurity by preventing against data tampering and fraud by making it extremely difficult for hackers to compromise records built on the blockchain and stored on millions of computer networks around the world. Blockchain also does away with the need for third-party intermediaries making it much efficient than the legacy systems used in cybersecurity.

Currently, blockchain technology is one of the best innovation that can be used to decrease the chances of tampering with data by hackers thereby reducing potential cyber-attacks.

Guardtime, a data security startup based in Estonia has already applied blockchain technology to keep data secure. In 2016, they were able to secure 1 million health records in Estonia with the technology which uses an authentication procedure that doesn’t require any keys – Keyless Signature Infrastructure (KSI). KSI disrupts the traditional Public Key Infrastructure (PKI), which only relies on public keys using asymmetric encryption. With KSI, Guardtime has taken away the need to use keys for data verification. As an alternative, data is distributed to nodes in the network, and when someone tries to modify the data, the system automatically analyses the entire block of chains and compares with metadata excluding anything that doesn’t add up.

Weak passwords have always been a potential attack route by cybercriminals. Additionally, attackers apply social engineering tactics to hook users into giving away their login credentials.  But, blockchain can help do away with passwords by enabling systems and user authentication without passwords. Blockchain allows strong authentication through node decentralization and helps provide a consensus between users for their identification.

Conventionally, systems including the Internet use centralized servers which are accessed through logins making them vulnerable in the event that hackers get hold of login credentials.   LastPass, a password management service that stores encrypted passwords centrally has experienced numerous attacks that have left user accounts vulnerable.

Blockchain can enable password-less authenticated access to systems. For instance, REMME has developed a distributed public key Infrastructure built on top of blockchain to enable access to systems for both devices and humans without the need for passwords. In place of a password, REMME provides every device with a blockchain based SSL certificate that cannot be forged by hackers.

The Future of Blockchain-based Cybersecurity

There’s no denying that blockchain technology has transformed peer to peer payments and this is just the beginning. But, blockchain’s capability also extends beyond electronic cash payments.

The technology has proved its resilience and is addressing security flaws by eliminating the human factor which is largely the weakest link in systems security.   Through a distributed ledger and verifiable procedures, blockchain technology is boosting cybersecurity by enabling end-to-end privacy and encryption for users. It is doubtless going to help us protect ourselves and our systems. With blockchain, cyber security challenges could soon be a thing of the past.