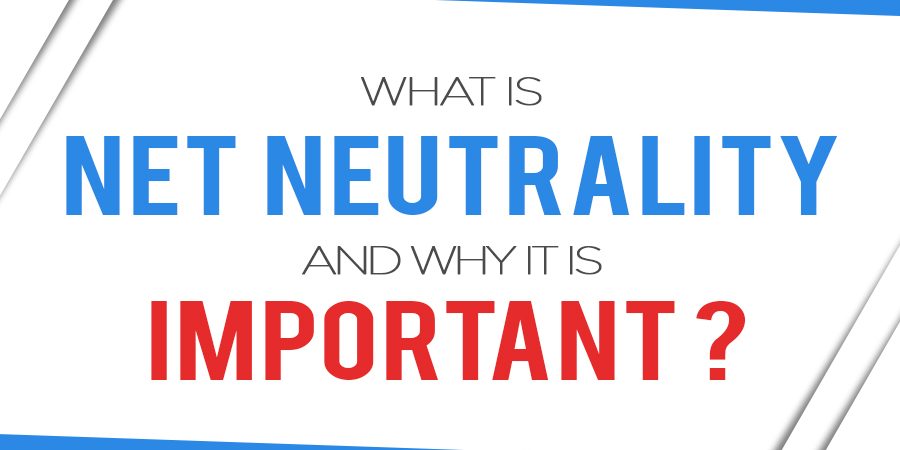 If you have been anywhere near a news station or news outlet in the past month, then you’ve probably heard all of the hype surrounding net neutrality. Like many of us, you’re likely wondering just what this means for your day-to-day life, as well as the future of U.S.

If you’re finding yourself a little lost among all of the technical jargon and political debates, we’re here to fill you in.

In their own words, here’s what the Federal Communications Commission’s vote does:

“Restores the classification of broadband Internet access service as an “information service” under Title I of the Communications Act..”

This change concerns former President Barack Obama’s 2015 Internet neutrality order. The idea was originally put in place to protect Internet Services providers, or ISP, from placing limitations on their users.

In 2015, President Obama set out to repeal the lift of regulations outlined in the Telecommunications Act of 1996. This shifted Internet Service Providers away from its former ‘information service’ classification and placed it under Title II “common carriers” or public utility control. This shift, which became known as the Title II Reclassification, was the first ever adoption of rules to regulate Internet access.

This decision repealed the 1996 bipartisan legislature, which removed heavy regulatory burdens and micromanaging of business practices from ISPs.

In a sense, we are moving things back to the way they were before the government intervened just a few years ago. So what does this mean for the Internet today?

The 2015 Net Neutrality implementation demanded that ISPs deliver a non-proprietary Internet product to their users. This meant that ISPs across the nation were required to deliver Internet experiences to consumers in the exact same way. No fast lanes, no throttling, no zero rating, and no paid priority.

The latest vote put in place by FCC’s under the chairman, Ajit Pai, reversing the laws put in place under the Obama Administration, was met with significant backlash by net neutrality advocates.

The fear rightfully stems from the total-control this will put back into the hands of Internet Service Providers. As a result of this action, broadband providers will have the power to speed services, block websites, and even censor various online content. They have the right to favor traffic towards companies with payment arrangements, submitting others to slow and difficult road.

However, those on the other side of the argument believe things aren’t going to change for Americans. There may be fast lanes, there may be slow lanes, but it will be about creating a better experience for consumers.

Yet others believe that many are failing to see the positive outcomes of a proprietary Internet experience. IPSs could point to a spectrum of potential pro-consumer outcomes, such as “family friendly” bundles that block Internet content that is not suitable for children, and guaranteed fast speeds for health-related mobile applications.

So what does this mean for you?

Before you start planning your move to another country, it’s important to keep in mind that the idea that the repeal of net neutrality will destroy the Internet is nothing more than an over-exaggerated specious story. Many ISPs have already released statements revealing that they have no plans to engage in some of the very nefarious practices extreme activists are warning you about.

The hype surrounding net neutrality has given the American public a catastrophic image of what will happen next. No, the Internet as we know it is not going to end, democracy is not going be demolished, and free online expression will not be stifled. In fact, our experience before 2015 and the Internet experience of tomorrow will prove the very absurdity of these propositions.

Some critics predict the eventual fracturing of the Internet, as some streaming services and websites gain speed advantages over others. Other concerns include that the Internet will look more similar to cable TV, forcing users to purchase bundled services apps and websites instead of unfettered access to the worldwide web.

However, any potential changes such as these could take years to come into effect. In the meantime, Internet providers are expected to be on good behavior.

Long-term, experts predict that these changes will slowly be integrated into our Internet experience. This may include extracting fees from sites for fast access to their customers and charging websites to upgrade their interconnection points – likely shielded by carefully worded nondisclosure agreements.

In fact, the wireless industry has already toyed with the idea of preferential treatment through sponsored data programs and so-called zero-rating. Some already offer their customers ways to access other services and stream video content without counting towards their monthly data caps.

T-Mobile offers a “Binge On” programs for their customers to stream Netflix videos – a move that many believed violated FCC’s previous net neutrality program. However, this is just one example how the repeal of net neutrality isn’t all about consumer limitation, there could very well be a range of consumer benefits as well.

In general, consumers have come to realize and appreciate the importance of open Internet access, emerging a board pro-net neutrality consensus that most Internet Service Providers agree with.

What are ISPs saying?

Many major ISPs have already stated that they have no intention of throttling or blocking web traffic. Paid prioritization or the creation of fast lines for organizations that pay more seems a little more vague.

AT&T has stated that it will not discriminate unfairly in their Internet traffic treatment. Verizon only supports limitations where there is “harm to competition or consumers”. Charter says that Internet fast lanes have never been included into business plans and has no plans to change this course. Comcast has also stated that they have no plans to enter into agreements of paid prioritization. However, they did not address whether these plans might change in the coming years.

In general, we believe that Americans can expect subtle changes over time in the way that they experience the Internet. This may or may not be something that we notice and isn’t expected to be detrimental to our experience overall. There may fast lanes, there may be slow lanes, but there isn’t any sign that our freedom to access information will be limited in the next coming years.