The big gamble: How UAE can attract innovative entrepreneurs 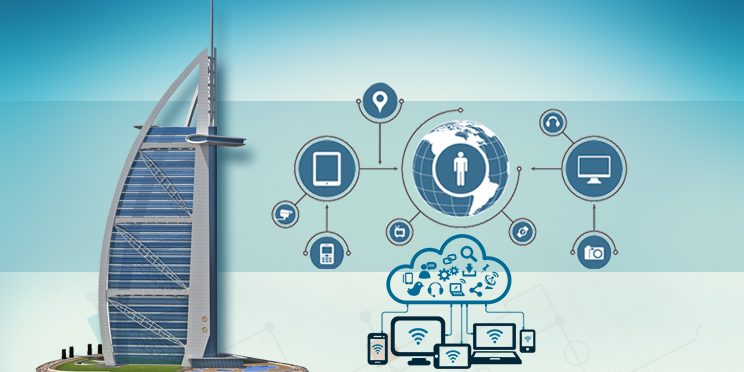 Preparing for the day when the oil runs dry, United Arab Emirates (UAE) launched an ambitious innovation strategy with the aim of positioning the country as a global leader in emerging technology.

The Persian Gulf state set up seven innovation centers in renewable energy, transport, education, health, high tech, water, and space—establishing a “stimulating environment for innovation in the form of supportive institutions and laws” as well as specialized entities such as innovation incubators and technical infrastructure. The country’s ruler has also pledged nearly half a billion dollars fund small- to medium- sized businesses, hoping to attract entrepreneurs from around the world to set up in one of the country’s free-trade zones that have a special tax, customs, and import regulations. The stated aim is to become one of the top 10 countries in the Global Innovation Index by 2021.

It’s an ambitious program, but it’s one that UAE has made tremendous progress towards. Its economy is one of the most diversified in the region, and the country ranked tops in the Arab world and 41st overall in the 2016 Global Innovation Index.

But there is a long road ahead. Jumping Moldova, Costa Rica and Chile is one thing. Placing ahead of Canada, Japan and Germany is quite another. Tall buildings towering over the desert and ten-lane freeways to planned cities are a start, but the country needs to build a robust technology infrastructure to attract innovators and entrepreneurs—starting with high-speed wired and wireless technology. Other countries with similar goals—South Korea, Singapore, and Thailand for example—are already making the tough decisions.

The current situation is dire. I recently took a business trip to Dubai and was astounded by the lack of high-speed internet—especially in the free-trade zones that the government is pushing. According to Fast Metrics, the average internet speed in UAE is 7.3 Mbps, tops in the Middle East but well outside the top 10 fastest countries. In fact, South Korea (26.7 Mbps), Thailand (9.3 Mbps) and Singapore (13.9 Mbps) all have faster internet speeds than UAE. Companies that consider a move to UAE will need assurances that internet speeds in the country will continue to get faster.

Here are three ways forward for the UAE:

Break the Telecom Monopoly: Breaking up Etisalat, the state-run telecommunications utility, is a non-starter. I get that. But that doesn’t mean that competition shouldn’t be encouraged in a variety of sectors. The first thing the Telecommunications Regulatory Authority (TRA) should do is pare back its filtering and censorship of the internet to allow Voice over Internet Protocol (VoIP) apps. Currently, all VoIP calls from Google Hangouts, Skype, WhatsApp, and Snapchat are blocked within the country. VPNs, the only way to circumvent the censorship, are illegal (yet I hear that charges are rare and convictions even rarer). Anyone who runs a company these days—or even anyone who works for a company these days—knows that VoIP services are the foundation of collaborative work environments. Employees need to connect with the outside world beyond traditional communications channels such as phone and email. Continuing to block these apps would put prospective companies at a huge competitive disadvantage.

Invest in High-Speed Internet: UAE is trying to transform its economy to attract knowledge-based businesses—but guess what?—these types of companies rely on the movement and analysis of huge volumes of data. Entrepreneurs need fast internet at fair prices. An average of 7.3 Mbps is not the speed of business. TRA needs to either open up a competition to allow other telecoms to come in and build high-speed internet infrastructure or make the commitment to encourage Etisalat to expand existing high-speed areas. Perhaps Google could be enticed to lay fiber throughout the entire country as a test bed. You never know.

Go All-In on 5G: No doubt about it, wireless is the future. Devices are becoming more mobile, more powerful and are less likely to be tethered to wired connections. In addition, companies that do business in UAE will need to host customers and partners from other regions, and these people will likely rely on the wireless internet to work while in the country. TRA recently announced that it would be allocating bandwidth frequencies for 5G technology, an encouraging sign. 5G provides wireless download speeds of up to 10 Gbps compared to 5 Mbps on 3G. Imagine being able to hold crystal-clear video conferences on the go or download an HD movie in seconds. Leading the global business world on the rollout of this technology would send a clear signal that businesses can succeed in UAE.

Innovative businesses thrive when they have the tools they need to act quickly to emerging opportunities. The ability to conduct business over VoIP calls and access to cost efficient high-speed wired and wired internet is a must. If UAE wants to meet its 2021 goal of becoming on the most innovative environments for businesses it needs to take these infrastructure issues seriously and invest in these technologies now.